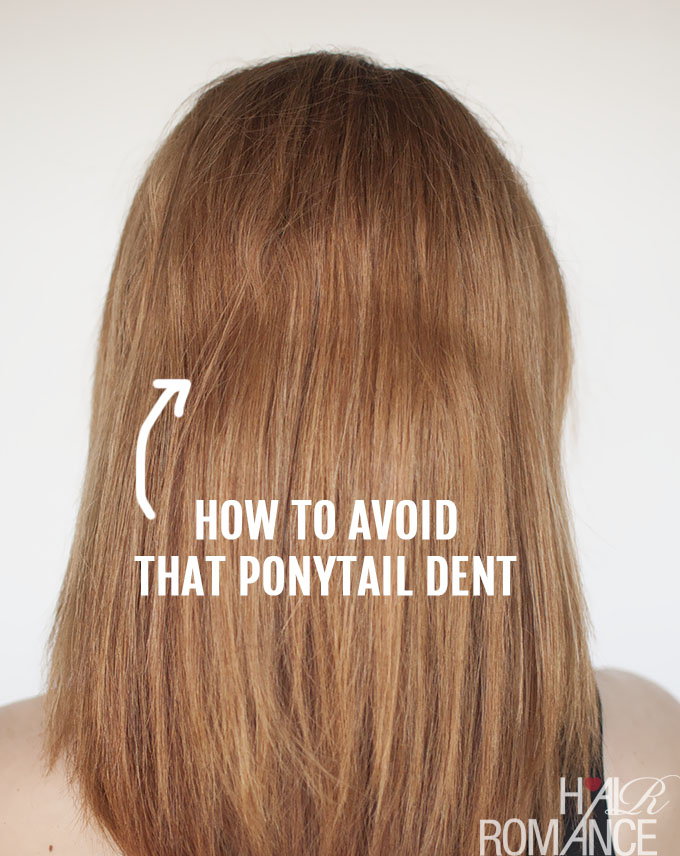 A ponytail is not my favourite hairstyle but let’s face it, they’re so easy to wear.

The issue I have with them is that weird dent that your hair band leaves in your hair when you take your ponytail out.

If I’ve gone to the effort of straightening my hair, the last thing I want to do is wear a ponytail that will leave a big dent in my hair like this.

In fact, I took the shot above after wearing a ponytail for only a few minutes. By the end of the day the dent or crease in your hair can be huge. All that effort to curl or straighten your hair goes to waste.

One of the reason I became interested in hair and doing upstyles was that my hair was too short for a ponytail. I was growing out a pixie cut and the Twist & Pin became my signature hairstyle.

Now that my hair is longer, I also find myself wearing a ponytail from time to time. I found a great trick to make the perfect curly ponytail but I was still stuck with the hair dent in straight hair.

Until I found this weird hair elastic.

How to avoid the ponytail dent 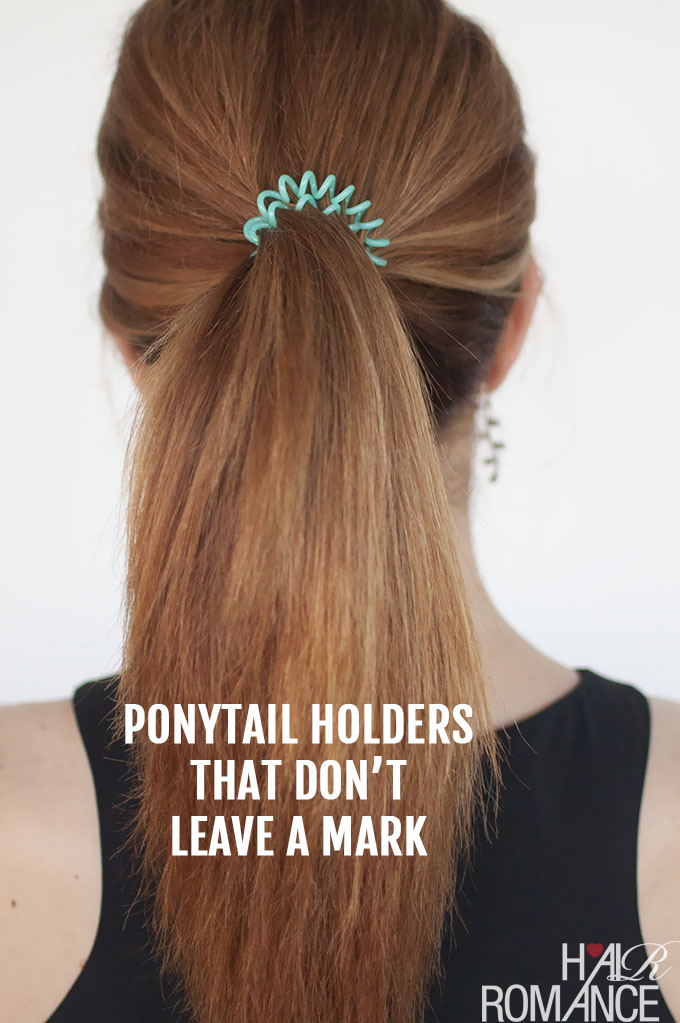 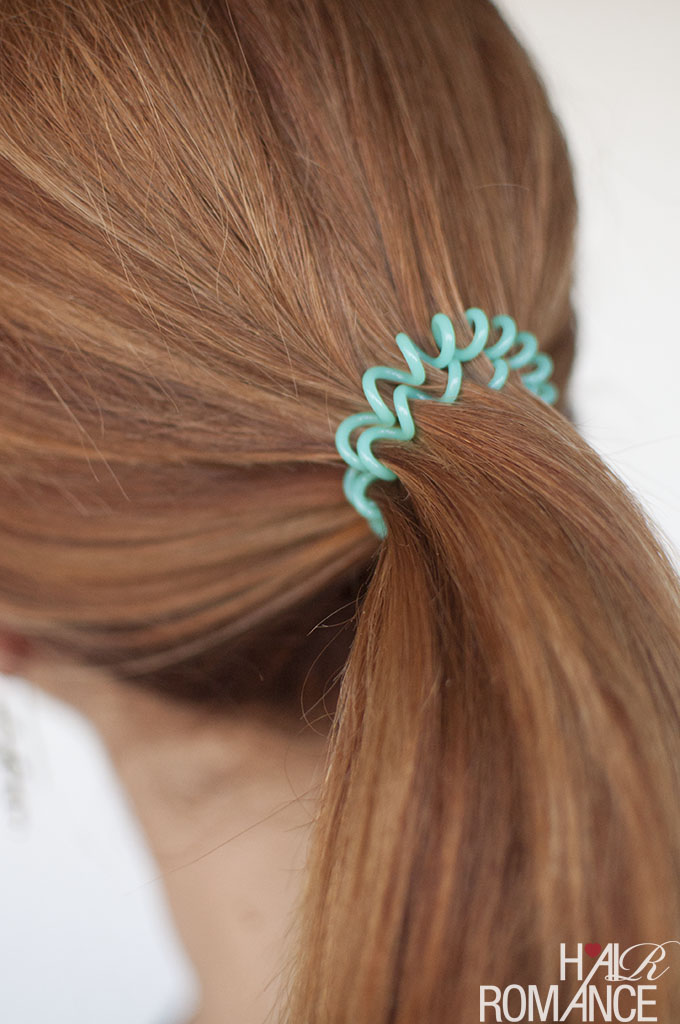 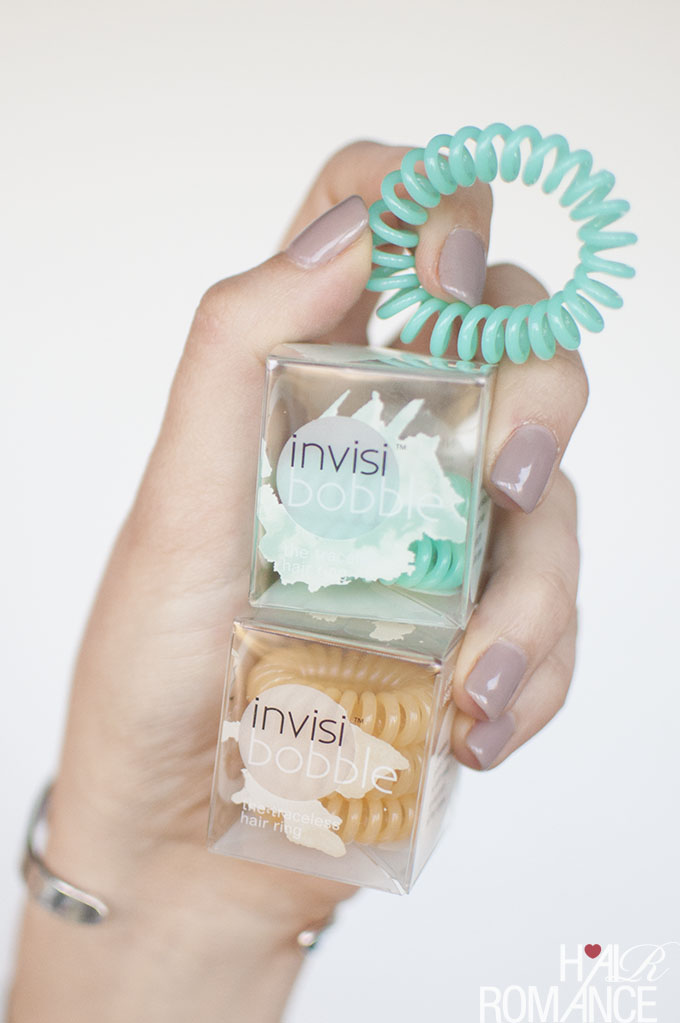 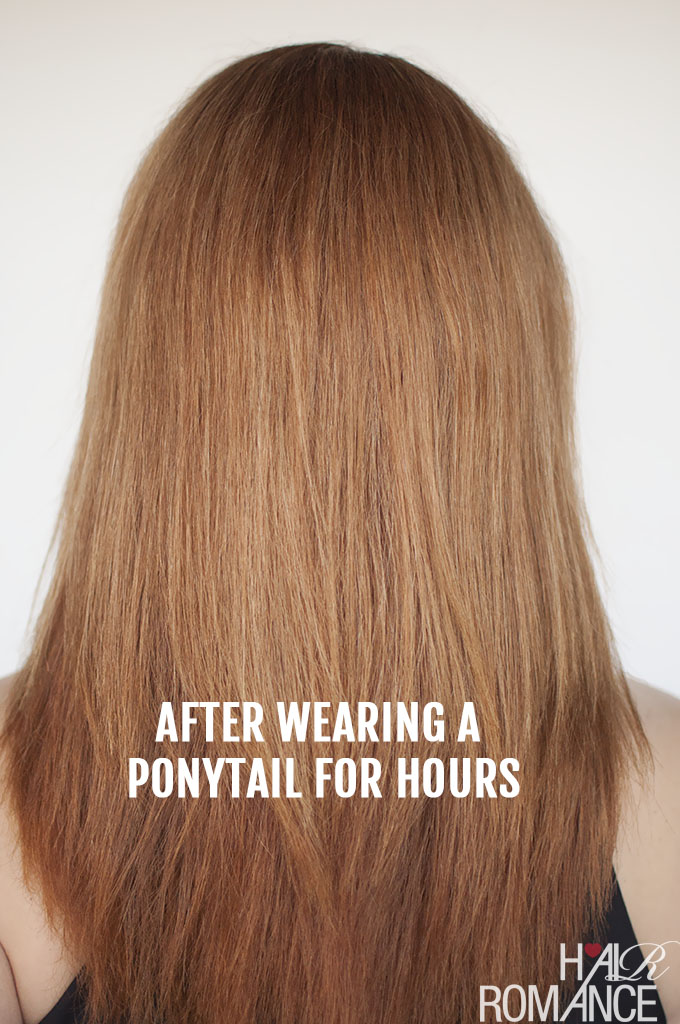 The Invisibobble is like an old telephone cord. The twists create an uneven pressure on your hair so you don’t get that obvious dent. It’s still a strong hold hair elastic and is really comfortable to wear.

In the photo above I wore the invisibobble for hours and there’s just the hint of a mark in my hair. Unlike the regular hair band which left a mark in minutes.

I’ve been wearing these weird hair bands when I go for a run or to the gym. I love that I can wear my hair down straight after without the crazy dent or extra styling.

The only issue I have with them is that they are really ugly, but they work so I can put up with them for now.

Find them at Urban Outfitters, Topshop or Amazon.

Do you also dislike that ponytail dent? What’s your favourite hairstyle to wear to the gym?